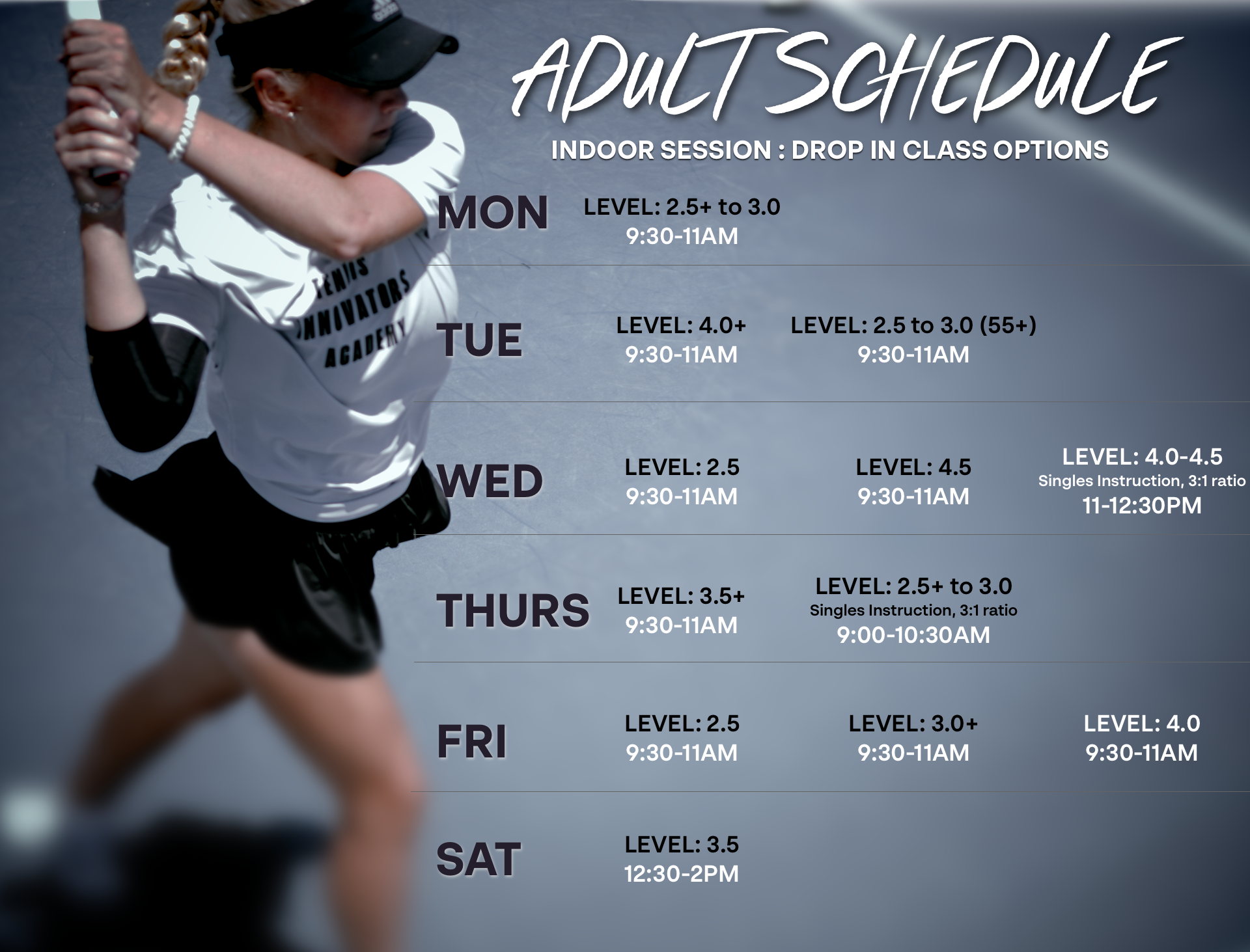 DROP-IN CLASS: HOW IT WORKS

TIA offers different levels of regularly-scheduled group programs every week. Each class is filled with enrolled players for the duration of the session (i.e., fall, winter, spring, summer). There are times during the session when players are unable to make their weekly class, which allows TIA to open up the program and offer “drop in” options for non-enrolled players. Most classes are multiple-court programs with 4:1 ratio. Curriculums include drills, singles or doubles strategies, and live-ball point play. If you’re unable to commit to a full session, the drop-in option is a perfect a la carte way to satisfy your tennis needs. 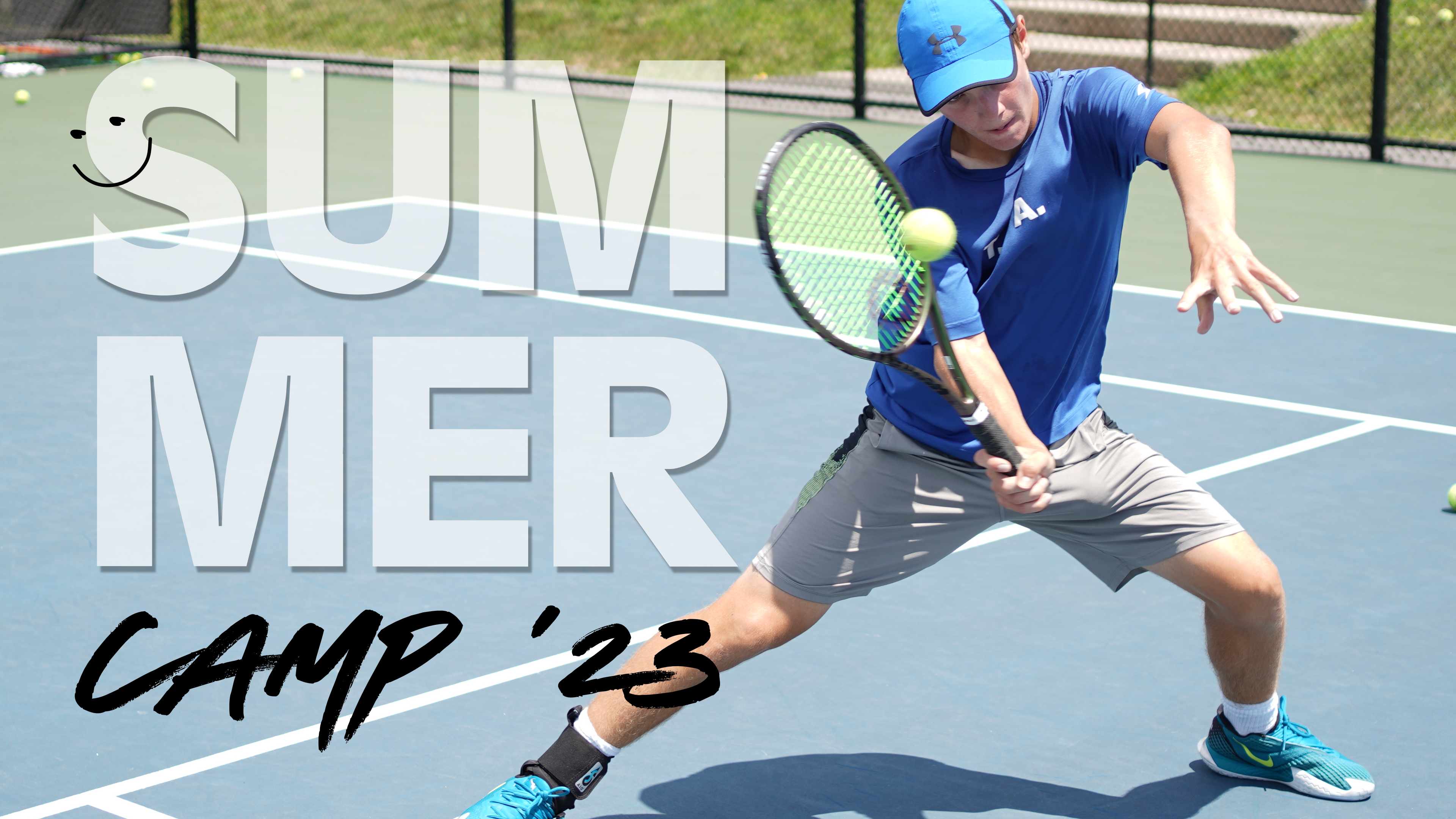 Register before February 1, 2023 and receive 15% off your summer camp enrollment. There is no limit on the number of enrollments submitted prior to the deadline. Discount cannot be combined with other discounts. 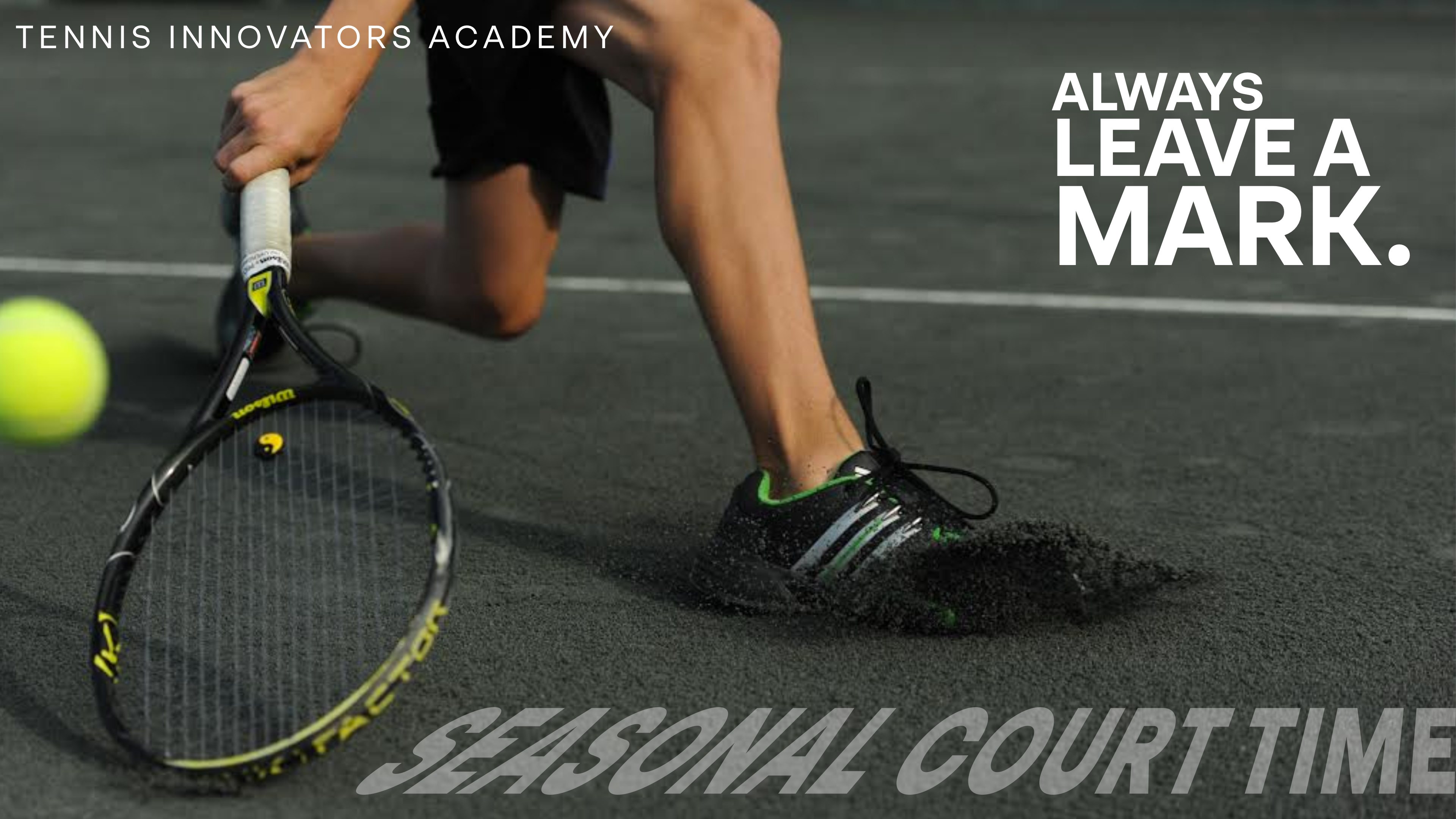 To find tournaments near you, CLICK HERE to begin your search.

The Universal Tennis Rating (UTR) system provides tennis players worldwide a common scale to determine their level of play. The 16-level scale (from beginners to elite world-class professionals), precisely and reliably determines individual players’ ratings based on actual match results without regard for age, gender, or where the matches are played.

If you are enrolled for match play for the full indoor season, please follow the below steps to register on the UTR site for the match play event.

“PAY AS YOU GO” REGISTRATION PROCESS FOR UTR MATCH PLAY:

For players that do not want to commit to match play for the indoor season, you have the option to “PAY AS YOU GO”.

GUIDELINES IF SECOND SET TIEBREAK IN PROCESS & MATCH HAS TIMED OUT

Visitors MUST declare before the match how they will handle a rain interruption. They have the choice of either coming back to finish the match, or using the timed match scoring below to decide the winner.

1. EXCEPTION: If less than one set is played, it is expected that the teams will finish their match on a rescheduled date, unless both teams agree otherwise. (If both teams agree not to reschedule a rained-out match that is still in the first set, a team that is up a break in the first set would win the match. If the teams are tied or on serve, the match should be recorded as a tie.) In the event of rain and a subsequent full match reschedule, any court previously defaulted must be rescheduled and played.

On outdoor unlit courts, play must continue until (and no later than) the designated match end time which is as follows:

AIR CIRCULATION IN THE BUBBLES

The East and West domes combine for a space of 1,200,000 cubic feet, while our North dome is 400,000 cubic feet. These massive areas allow for substantial volumes of air that is constantly diluted and replaced with fresh air. The air-circulation systems run 24/7 throughout the indoor season; this maximizes the air flow and replacement of air. Our domes receive the highest air pressure the structure allows to ensure complete air change roughly every 60-90 minutes, and more importantly, the air at the 10-ft. level from the ground, where players are breathing, is replaced roughly every 15 minutes.

These facts, coupled with the natural social distancing that our sport allows and our safety guidelines, make TIA’s modern air structure system an extremely safe environment for tennis.